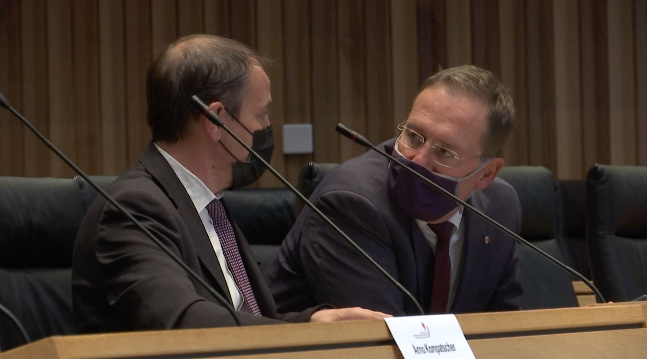 Partial success for the Lega in the state parliament: rental nomads and domestic violence criminals no longer receive Wobi apartments.

The State Parliament has approved the reform of social and public housing proposed by Minister Waltraud Deeg. The doctor also voted in favor of the bill after SVP agreed to make changes to Article 13, which regulates the requirements and preference criteria for housing allocation. “Carroccio” was able to implement some of the requirements of the election program.

Persons who cannot prove that they have paid the rent for the current apartment can no longer be allocated a Wobi apartment from now on, unless the payment arrears are not their fault. This was intended as a measure against rental nomads, emphasized Lega parliamentary group leader Rita Mattei. Similarly, not everyone convicted of domestic violence will get a Wobi apartment. However, the measure does not affect the family members of the applicant. The phenomenon of domestic violence is increasing, Mattei explained, and women should not be left alone.

However, a third proposal from the Lega did not find a majority in the state parliament. The coalition parties had previously agreed to release the vote on this. Consequently, social housing should also be denied to those who have been sentenced to more than five years in prison for non-negligent crime in the last five years. There are already cases of criminals in institutional apartments whose behavior is a problem for the whole house, Mattei claimed. Such regulation, as the Lega strives for, already exists in other regions. In addition, state law provides for the loss of the right to stand as a candidate in such cases.

Before the vote, MEPs took part in a heated debate. Sandro Repetto (PD) described Lega’s proposal as “useless demagoguery”. For Franz Ploner (Team K), it is untenable that the provision should also apply if the judgment is not yet final. Hanspeter Staffler saw the applications as an “exclusion bomb”. Social housing is not the extended arm of the judiciary. According to the Green Party, former offenders should also find a place to live. His colleague Riccardo Dello Sbarba even talked about “quattro stupidaggini populiste”.

Alessandro Urzì (Fratelli d’Italia), for his part, accused the left of always standing on the side of the villains when in doubt. Lega Minister Massimo Bessone defended himself against Dello Sbarba’s description of “populist nonsense” for the three applications. Such rules also exist in Tuscany, in the city of Florence and in Abruzzo. “Therefore, I am surprised that you as Tuscans insult us here,” said Bessone. The goal is to “reward the righteous”.

LR Waltraud Deeg also reasoned the decisions of the state parliament. Do not introduce something that cannot be done. In addition, no one in South Tyrol will be without social support in the future.

Photo (s): © 123RF.com and / or / with © Archive Die Neue Südtiroler Tageszeitung GmbH (if no reference is available)

We use cookies to ensure that we give you the best experience on our website. If you continue to use this site we will assume that you are happy with it.OkPrivacy policy